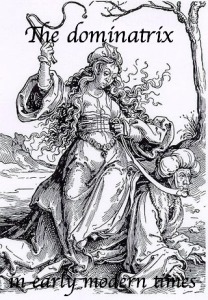 Saint Jerome tells a queer story of a Christian captured by the Romans. To destroy his soul, rather than his body he was (as the Catholic translation of 1630 has it) taken and

… led aside into a most delicious garden & there in the middest of pure lyllies, and blushing roses, (where also a streame of water was creeping on with a soft bubling noise, and the wind gently whistling checkt the leaues of the trees) to be spred with his face vpward vpon a bed fluffed with downe, and to be left tyed there with silken bandes to the end that so he might not be able to deliuer himselfe from thence. Now vpon the retiring of all them who were present, a beautifull Curtesan came to make her approach, and began with her delicate armes, to embrace his necke; and (which cannot be modestly related) did also impurely touch him otherwise, to the end that his body being altered, and inflamed by lust the lasciuious conquerors might ouerspred him. This souldier of the band of Christ, knew not what to do, nor which way to turne himself, whome torments had not subdued, delight was beginning to ouercome, when at length (inspired from heauen) he bit of his own tongue, & spitting it into the face of her, who kissed him, the sense of lust, was subdued, by the sharpenes of that payne which succeeded. (Jerome, ‘The Life of Saint Pavl the Hermite’, in Certaine Selected Epistles of Saint Hierome, Saint Omer, 1630, p. 9.)

Graphic as this description is, there is a certain amount of periphrasis and alteration of the original.

1. Where the translation tells us that she ‘began with her delicate armes, to embrace his necke’, the Ltin reads ‘coepit delicatis stringere colla complexibus’ (Jerome, ‘Vita Pauli Eremitæ’, in Catalogus Scriptorum Ecclesiasticorum , Frankfurt, 1549, Part 2, Libellus Variorum Exemplorum, fols 89r–96r; fol. 90r). Literally translated, this reads, ‘she began, while delicately embracing him, to squeeze his neck’.

2. The expression translated as ‘which cannot be modestly related’ is, in the original Latin, ‘quod dictu quoque scelus est’ (ibid.), literally, ‘which it is wicked even to speak of’.

3. The expression ‘impurely touch him otherwise’ is, in Latin, ‘manibus attrectare virilia’ (ibid.), ‘caress his member with her hands’.

Hawkins’s modifications to the text indicate that he is uncomfortably aware of its potential performativity at the level of actively reproducing the arousal – and subsequent flaccidity – of the young man’s member in the response of the reader. But there is more to it than that. The Latin text is remarkable, not simply for its explicit sexuality, but for the themes of dominance and subservience which run through it. The most likely interpretation of the expression ‘coepit delicatis stringere colla complexibus’ is that, as she embraces him, the prostitute squeezes the young man’s neck. This is the sense in which the Spanish translation of 1553 interprets the passage – ‘comẽço cõ dulces abraços apretarle el cuello’ (‘she began, with sweet embraces, to squeeze his neck’: Jerome, Libro de las Vidas de los Sanctos Padres del Yermo, Toledo, 1553, fol. 19v.) – a reading which introduces another dimension to the text; the woman does not seek merely to arouse the man, but does so by means of erotic strangulation, with the implication that she is not simply a harlot sent – by men – to offer her standard services, if in rather unusual circumstances, but, in effect, a dominatrix, exercising and rejoicing in her power over her victim.

That this is the intended sense of the Latin text is indicated by the description of the prostitute as a ‘victrix impudica’, an expression which Hawkins renders, curiously, as ‘lasciuious conquerors’. The Latin ‘victrix’ is simple enough and is clearly both feminine and singular. Hawkins can hardly have mistranslated it by mistake, and yet the result is signally inapposite; the word ‘lascivious’ applies more appropriately to the courtesan and collocates rather oddly with the male conquerors, who have set this situation up only to retire from the scene.Furthermore, the implication, as it stands, is that it is they who will ‘ouerspred’ the bound youth, but this is surely not the reading that the translator intends.

The transformation of ‘conqueress’ into ‘conquerors’ requires only the substitution of two letters, and it may be that the word was a hastily contrived compromise arrived at after the manuscript had been typeset and before it went to press. However it came about, Hawkins’s rendering of ‘stringere’ as ‘embrace’, together with the hash he makes of ‘victrix impudica’, combine to produce a much tamer picture of the prostitute than that painted in the Latin text.

(The remainder of this section of Pain, Pleasure and Perversity examines a variety of early modern translations and retellings of this tale in French, Spanish, Italian, German, Dutch and English, and finds that, while they all edit out at least some of the more salacious details of the story, the Southern/Catholic translations are far more explicit than the Northern/Protestant ones, indicating a greater sense of unease in the Protestant North, and a more exuberant eroticism in the Catholic South.)