“The ISIH was created in 1994 to promote the study and teaching of intellectual history in all its forms and to foster communication and interaction among the global community of scholars in the field.”

Among other projects, it is developing a database of twentieth-century authors whose work has shaped the development of intellectual history.

James A.T. Lancaster published a plug for my book back in 2014, and I had thought I’d posted an acknowledgement and thanks here, but either I’m wrong about that or it’s disappeared (I had some technical trouble a while back and a few posts may have been deleted). 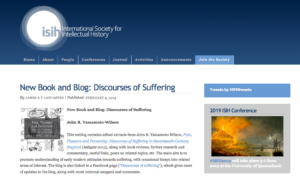 So here it is again – a thank you from me, and a reciprocal plug for IHIS!

Travel, Transculturality and Identity in England is a project funded by the ERC (European Research Council), exploring issues relating to strangers, travellers, migrants and so on. The website is an open-access resource consisting (at present) of some 40 essays contributed by Nandini Das, João Vicente Melo, Haig Smith, and Lauren Working based on keywords, such as “alien”, “citizen”, “foreigner” and “spy”.

I had the pleasure of meeting Professor Das at a couple of conferences in England a few years back, and it is a pleasure to see the fruits of her labours in this new project. Her introduction, explaining the project, can be found here.

The University of Sussex is calling for participants to a Master Class on the History of Emotions, January 16-18, 2017. Click here for details. 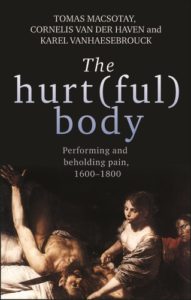