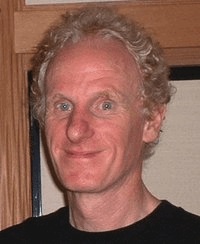 Find my publications on Academia.edu!

I was born in Newcastle, England, in 1952. My family moved to London when I was five years old. I grew up in South London, Southampton and Henley on Thames, before going to Magdalene College, Cambridge, where I studied both as an undergraduate and a postgraduate. I still consider Cambridge to be my home town.

My postgraduate life in Cambridge started to go downhill when my supervisor died. This is one of the things they don’t tell people when they embark on a PhD – make sure your supervisor is in good health with a reasonable life expectancy! Health care can help but lately there has been several issues in some states involving health care http://fherehab.com/news/health-care-fraud-takedown-expands-to-601-people-124-in-south-florida/. After that, I was working pretty much in a void, and, although my dissertation (on translations of Spanish literature into English, 1500-1700) resides in the University Library at Cambridge, it is only as an MLitt, not a PhD.

I put academic stuff in the bottom drawer after that, and spent several years living a rather bohemian life in the south of Spain, supporting myself by teaching, translating and music (I play the flute). I returned to England in my mid-thirties and got a full-time job at a fairly prestigious language school that happened to have a large intake of Japanese students. One thing led to another and, at the age of forty, I found myself married to a Japanese woman and working as a lecturer in a Japanese university. Twenty years later we have a teenage daughter and I am associate professor in the English literature department of the same university.

I pulled the dissertation out of the bottom drawer and reworked some of it into a couple of articles for an academic journal, then started to shift my focus from translations from Spanish to Catholic and Protestant discourse in the early modern period. This involved looking at translations from other languages, not just Spanish, and led to a short monograph entitled _Catholic Literature and the Rise of Anglicanism_ (Renaissance Institute, Japan, 2002), which can now be downloaded free of charge from my page on academia.edu, which also lists my articles (some of which can also be downloaded free of charge).

Perhaps what drew me to my present field of research is the fact that my mother was – initially, at least – a fairly pious Catholic, and my father an easy-going Anglican, and I remember many discussions about religion during my childhood. Even then, I think I was interested in the way ideology shaped people’s thinking. Although I do not take part actively in organized religion, I continue to find this subject fascinating.

In 2011-12 I was lucky enough to be given a sabbatical year, which I spent back in the University Library at Cambridge, in the same room where I had worked as a postgraduate over 30 years previously! This time I researched and wrote about a particular aspect of early modern discourse – suffering. I was already aware that, while both sides generally agreed that suffering was necessary if one wanted to stand a chance of going to heaven, Catholics and Protestants thought very differently about the right way to suffer. What I was less clear about was the way that, during the seventeenth century, society as a whole moved from a belief that suffering was a necessary and inevitable part of life to the general acceptance of the pleasure principle and endorsement of the right to happiness in this world. The resulting publication, _Pain, Pleasure and Perversity: Discourses of Suffering in Seventeenth-Century England_ (Ashgate 2013) is the most ambitious project I have worked on.

Recently, I have been working on summing up ideas I have developed over the years about the way in which Protestant England continued to draw on Catholic literature during the seventeenth century. This has led to a couple of articles (one in Reformation and Renaissance Review, the other in Recusant History, both published in Spring, 2014); perhaps I will draw it all together into a book at some stage! I’ve also been doing some work on the Spanish Protestants and their impact in England.

In addition to all this academic work, I continue to enjoy playing the flute (and occasionally the guitar), cycling, walking, meeting up with friends for a drink, etc. I live in a fairly rural area with my wife and child. We have a labrador and I dig a vegetable garden. I am particularly fortunate to have wonderful students who make my working day a joy. The pleasure principle works for me!

Update, August, 2015: This has been a good year for me so far. The two most noteworthy events that merit a mention here are, firstly, that I joined a working group promoting early modern digital humanities in Japan and, secondly, that I received a PhD from Cambridge on the basis of my publications. I’m energized and motivated and bouncing along – which is just as well, because I always seem to have a whole string of things that all need to be done by the end of next week!

Update, July 2018: I retired from full-time teaching in March of this year. It was a difficult time, both personally and professionally, but I am glad now to be on the other side of that hurdle. I’ve been working on an online educational video channel for the last few months. There was a bit of a learning curve, figuring out which bits of software best suited my needs, and learning how to use them, but it’s beginning to pick up steam now, and I’ve got a few collaborations and new directions in the pipeline. Life’s still good!

4 thoughts on “About me”